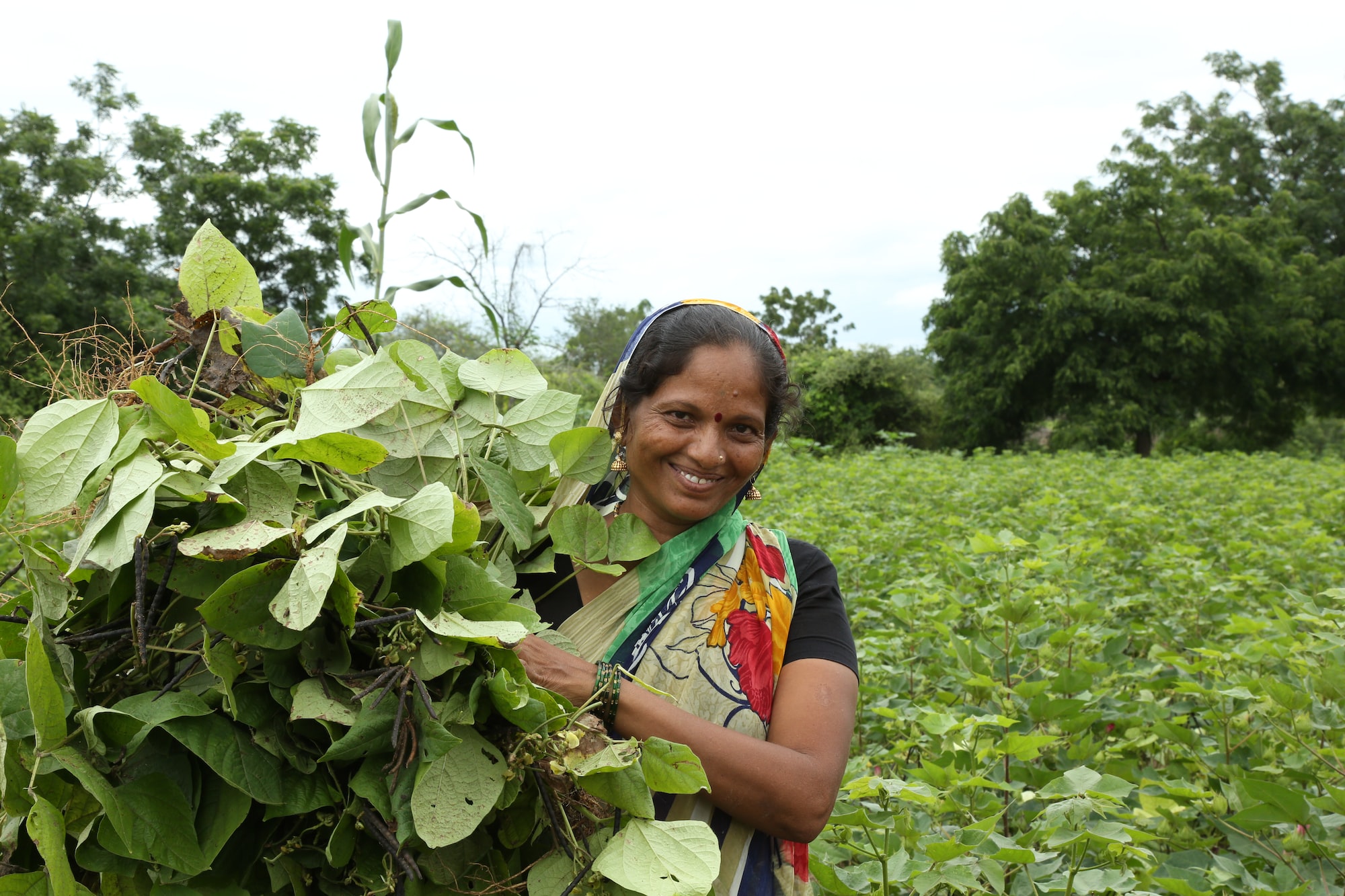 Agriculture is the oldest source of employment and wealth generation for India. It affects the life of every single citizen of the country—it provides us with food and the raw materials for scores of items consumed every day. Several other sectors are directly or indirectly dependent on the agriculture sector. The Green Revolution and tech innovations attempted to revolutionize the sector, but many shackles remained, borne out by the fact that the rural population is still the poorest for most part of the country. So any new reforms in the sector will, in principle, be truly effective only if they attempt to solve this prevalent dichotomy, and hence, must be analysed and understood through this lens.

Before analysing the reforms made in the agriculture sector, it is important to understand the place of agriculture in the Indian economy, and why it is crucial at this time.

Agriculture is one of the biggest and most important sectors in India for multiple reasons. It contributes to 16% of India’s GDP as per 2019 World Bank statistics[1] (including livestock and fisheries). But more importantly, it provides employment to ~41% of the Indian workforce[2]. Moreover, it is estimated that agriculture supports roughly 60-70% of the Indian population financially (taking into account the families and dependents of farmers and farm workers). Majority of India’s poor (below poverty line), 770 million or approximately 70% (as in 2012), live in rural areas[3].

So any reforms, or any changes in the agricultural sector directly affect the lives of millions of people, and can change the economic position of India measurably.

As per September 2020 records, India faced an immense drop in GDP for the April-June 2020 quarter, wherein the economy shrunk by ~24%, taken year on year[5]. Although COVID-19 affected the entire world, this is, unfortunately, the worst decline any major economy has faced so far. At this time, any reforms that are brought about must make a significant impact on the economy of the country; agriculture is one sector which is not only in need of reforms, but can, possibly, give huge returns if reforms are well-executed, taking the country out of the doldrums.

Mandis, APMC and MSP Structure—What They Mean for Food Markets

Food supply in India moves through multiple channels from the farmer to the end consumer. Many states in India have Agricultural Produce Marketing Committee (APMC) Acts, which were intended to regulate and control pricing in the food market. These Committees demarcate “markets” based on geography, and control the pricing, storage and supply chains of food in that market. Essentially, any sale or storage of food outside the designated markets or Mandis, would be unlawful. These market committees were not independent entities, but rather, included local politicians, traders and other beneficiaries from the sales. This is a legal loophole, wherein a conflict of interest was allowed to dictate the pricing and functioning of the market, whereas farmers could have no say in the matter.

This led to emergence of highly localized and small food markets, where the price was arbitrarily decided by the committee, rather than what the “fair” price for goods is. It is worth noting that there are often several (up to 5-6) middlemen in the supply chain, which leads to farmers earning very little, whereas the consumer pays up to 4-10 times the price at which farmers sell goods. For eg, a farmer may earn only ₹4/- per kg of potatoes, whereas a consumer may pay ₹20/- to ₹40/- per kg of potatoes. The money falls through the proverbial cracks, into the hands of the middlemen.

There is no value-add in the movement of goods in this supply chain. The same potatoes move from Farmer –> A –> B —> C –> D –> You (Consumer). Since goods are perishable, there is a significant loss of goods, and hence loss of revenue, in this process. Add to this, the final price keeps increasing with the movement due to additional transportation and transaction costs, which could have been avoided if a few middlemen were removed. The APMC Mandis serve a small radius, but not small enough to reduce transportation costs. Instead of serving ~80 km radius (as recommended by National Commission on Farmers in 2006), they currently serve ~497 km radius.[6]

This is an amorphous meso-monopsony setup, which exists as such due to the structure of the system, and extremely localized nature of the market. Each Mandi operates as a silo. The “committees” operate as one large buyer, due to their hegemony & price control, with no competition whatsoever, whereas farmers, due to competition with each other, lose whatever negotiating power they could have had.

To buy from farmers in the Mandis requires a license from the APMCs. In a scenario where it is very easy for corruption to creep in, this often leads to a black market for APMC licenses, leading to yet another reason for inflation of food prices, and restriction of choices. Licenses often go to those in the good graces of the Committee members, rather than those with the best infrastructure for food supply chains.

This has been one of the biggest entry barriers to agri-tech entrepreneurs in this sector. Innovation and investments in the sector have not been steady, due to the high risk and low returns to the farmer. By its very nature, agriculture carries a significant amount of risk, due to weather dependency of crops. This is exacerbated by no guarantee of a “fair price” on the sales of goods. The “MSP” (Minimum Support Price) is decided at the time of sale of goods, rather than at the time of sowing of crops. So a farmer never knows what he will earn from his crop on sale day.

What the New Bills Do & Don’t Do

COVID-19 exposed the serious drawbacks of the APMC model and its limitations in serving the farmers and end consumers fairly. During the lockdown months, several farmers were unable to sell their goods due to in-operability of Mandis and limitations on goods movements. Since farmers were not authorized to sell their goods to anyone outside the APMC structure, they suffered losses and consumers faced challenges in procuring food items in many states. Many crops went bad, with no sale. Whereas in many regions, vegetables and grains were either not available, or available in limited quantity and variety.

The Farmer Bills recently passed by the Lok Sabha and Rajya Sabha seek to make reforms that can address these drawbacks without major disruptions to the existing setup.

The Farmers’ Produce Trade and Commerce (Promotion and Facilitation) Ordinance, 2020

This Ordinance is aimed at breaking the hegemony of the Mandis and the inherent price control structure. It allows farmers to sell their goods outside the APMC markets as well.

The Ordinance allows intra-state and inter-state trade of farmers’ produce outside: (i) the physical premises of market yards run by market committees formed under the state APMC Acts and (ii) other markets notified under the state APMC Acts.  Such trade can be conducted in an ‘outside trade area’, i.e., any place of production, collection, and aggregation of farmers’ produce including: (i) farm gates, (ii) factory premises, (iii) warehouses, (iv) silos, and (v) cold storages. [6]

The Ordinance also allows electronic trading of goods by any companies, partnership firms, or registered societies with a PAN, or a farmer producer organisation or agricultural cooperative society. It also bans levying of any “market fee” or cess by states on farmers, traders or trading platforms.[6]

In the face of outside competition, the Mandis will be impelled to increase their prices, passing on welfare to the farmers.

This is an important step, because it dissolves the hegemony of the APMC markets without the need to abolish them. It puts the power in the “invisible hand of the market” rather than the very visible hands of the APMC Committee members.

The Farmers (Empowerment and Protection) Agreement on Price Assurance and Farm Services Ordinance, 2020

This Ordinance aims to mitigate the biggest risk faced by farmers, after those by the forces of nature: the price which they can expect on sales of goods. It allows contract farming between a farmer and the buyer, with a minimum price guarantee to the farmer, mentioned on the contract.

For years together, farmers have faced not just financial crises, but personal crises due to setbacks on sale day. Inability to pay back loans, thus living in debt, has been a major concern due to this reason. Moreover, the lack of any predictability on prices made it impossible for farmers to do any future financial planning. Fertilizers, seeds, and other resources need to be procured by farmers at the time of sowing of crops. If there is no predictability on future earning, the farmer would always operate with minimum investments, lowering their yield, and hence further lowering their ability to earn. It was a vicious cycle.

This risk mitigation can pave the way for better investments into farming, thus incentivizing better yields, and hence, overall growth for the sector.

This Ordinance lifts restrictions on stockpiling of goods, to improve the supply of goods, mitigating the risk borne by the farmer thus far. The EC Act of 1955 set a cap on the quantity a trader can buy. This led to wasted surpluses with farmers which they could not sell, even if there were willing buyers. In times of supply shortage, there would be no stocks of goods with traders. Farmers do not have the infrastructure to store goods without damage.

The Essential Commodities Act, 1955 empowers the central government to designate certain commodities (such as food items, fertilizers, and petroleum products) as essential commodities.  The central government may regulate or prohibit the production, supply, distribution, trade, and commerce of such essential commodities.  The Ordinance provides that the central government may regulate the supply of certain food items including cereals, pulses, potatoes, onions, edible oilseeds, and oils, only under extraordinary circumstances.   These include: (i) war, (ii) famine, (iii) extraordinary price rise and (iv) natural calamity of grave nature.

The government will now intervene only in extraordinary circumstances, and not in the everyday functioning of the markets. It also dissolves any black markets that could have emerged due to the restriction, adding the benefit to the farmers.

The three ordinances together heavily de-regulate the market, and open up a new frontier of possibilities for farmers.

These reforms pave the way for all three objectives. It makes the system more open, more transparent, less risk-prone and hence more enticing to workers as well as investors. If farmers have guarantee of earning, they can hire more workers on their farms, make better investments, and get better yields. This can drastically improve employment in the agriculture sector, which is the biggest source of employment in the country. With the influx of migrant labourers during the COVID-19 lockdown to villages, there is a workforce waiting to be employed. With better opportunities in farming, labourers can find work in farms.

Free markets are usually more stable than regulated markets, because they respond to actual demand and actual supply, rather than artificial restrictions which may not have any empirical evidence for being “right” in a given scenario.

With consistently better earning, farmers can realize improved yields, and thus the increased output of the sector at large can help India out of the economic downturn. Increased agricultural exports can help offset the losses.

These are welcome reforms. The challenge that remains is smooth implementation of the reforms. But there is little doubt that the new bills provide every opportunity for growth of the agriculture sector and lessening of woes of the aggrieved farmers.

[6] The Farmers’ Produce Trade and Commerce (Promotion and Facilitation) Bill, 2020

[8] PPPs and agriculture: driving India beyond the Green Revolution

Let robots free you up to thrive

One of the essential strategies in business is that you should never reveal all you know. However, we hope in this and future articles to be able to share some useful thoughts on how businesses are emerging successfully from lockdown based on our experience of working with a wide range of clients. It’s nearly […]