Earlier today, Microsoft announced its plans to purchase Nuance for $56 per share—23 percent above Nuance’s closing price last Friday. The deal adds up to a $16 billion cash outlay and a total valuation for Nuance of about $19.7 billion, including that company’s assumed debt. 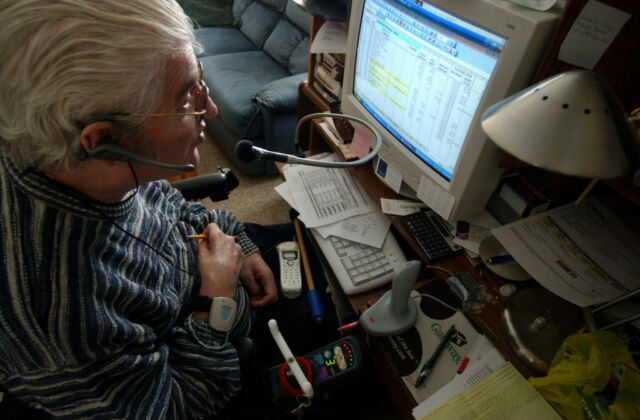 In this 2006 photo, Rollie Berg—who has extremely limited use of his hands due to multiple sclerosis—uses Dragon NaturallySpeaking 8 to interact directly with his PC. (credit: Joey McLeister via Getty Images)

Nuance is a well-known player in the field of natural language recognition. The company’s technology is the core of Apple’s Siri personal assistant. Nuance also sells well-known personal speech-recognition software Dragon NaturallySpeaking, which is invaluable to many people with a wide range of physical disabilities.

Dragon NaturallySpeaking, originally released in 1997, was one of the first commercially continuous dictation products—meaning software that did not require the user to pause briefly between words. In 2000, Dragon Systems was acquired by ScanSoft, which acquired Nuance Communications in 2005 and rebranded itself as Nuance.

Researchers use Starlink satellites to pinpoint location, similar to GPS

(credit: Microsoft) Microsoft wanted everyone to use Windows 10. Faced with slow adoption of Windows 8 and the stubborn popularity of Windows 7, Microsoft made Windows 10 a free upgrade for anyone using either version—the offer technically expired years ago, but to this day, old Windows 7 and 8 product keys still activate Windows 10 […]

Enlarge Microsoft gave its digital imprimatur to a rootkit that decrypted encrypted communications and sent them to attacker-controlled servers, the company and outside researchers said. The blunder allowed the malware to be installed on Windows machines without users receiving a security warning or needing to take additional steps. For the past 13 years, Microsoft has […]